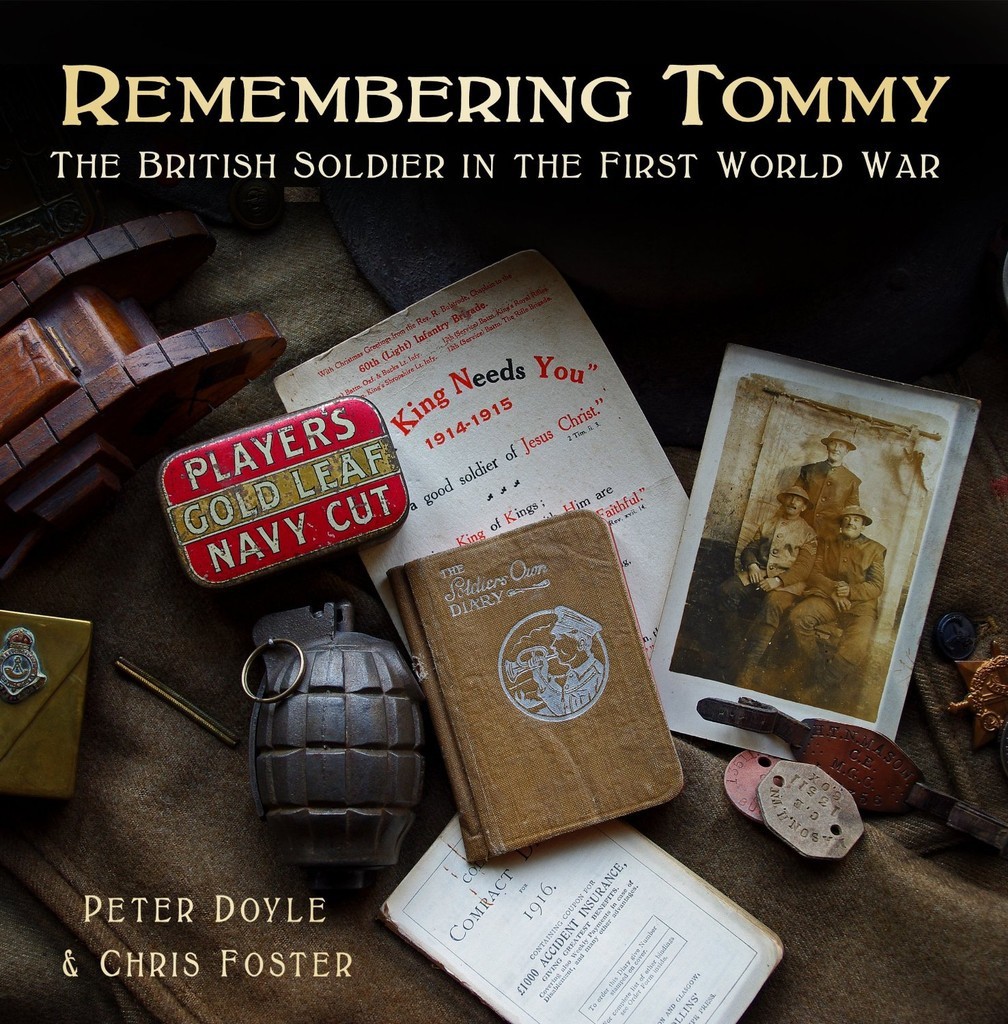 The British Soldier in the First World War

The British soldier of the Great War has been depicted in many books. Invariably, a pen picture paints him as stoic, joining the army in a wave of patriotic fervour, and destined to serve four years on the Western Front in some of the most costly battles in history. Yet often the picture is difficult to resolve for the reader. What was it like in the trenches? How did the soldier live, where did he sleep? What was it like to go over the top, and when he did, what did he carry with him? For many, the idea of trench life is hazy, and usually involves ‘drowning in mud’, in, as one writer put it, ‘the pitiless misery’ of Passchendaele. Recently, military historians have presented an alternative picture, a picture in which the hopelessness of the First World War is given new life and purpose. Remembering Tommy pays tribute to the real life British soldier of the Great War from the moment of joining up to their final homecoming. Using original artefacts in historic settings, the men and their words are brought to life. The uniforms they wore, the equipment they carried, the letters they wrote home, their personal possessions, mementos and photographs come together in a powerful tribute to the indomitable Tommy. Each one of these precious artefacts bears witness to the men who left them behind – allowing us to almost reach out and touch history.